The PESA Book Award honours a PESA member whose recent authored or edited book has been formally judged by a committee to be significant to philosophy of education. Members may be nominated or self nominate. View Policy Document. 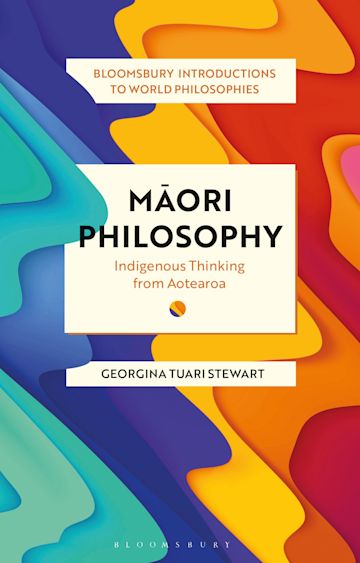 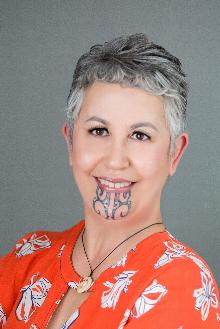 Covering the symbolic systems and worldviews of the Indigenous peoples of Aotearoa, New Zealand, this book is a concise introduction to Maori philosophy. It addresses core philosophical issues including Maori notions of the self, the world, epistemology, the form in which Maori philosophy is conveyed, and whether or not Maori philosophy has a teleological agenda.

https://brill.com/view/title/55081
What should the relationship between school and society be? Obstinate Education: Reconnecting School and Society argues that education is not just there to give individuals, groups and societies what they want from it, but that education has a duty to resist. Education needs to be obstinate, not for the sake of being difficult, but in order to make sure that it can contribute to emancipation and democratisation. This requires that education always brings in the question whether what is desired from it is going to help with living life well, individually and collectively, on a planet that has a limited capacity for giving everything that is desired from it.

This book argues that education should not just be responsive but should keep its own responsibility; should not just focus on empowerment but also on emancipation; and, through this, should help students to become ‘world-wise.’ It argues that critical thinking and classroom philosophy should retain a political orientation and not be reduced to useful thinking skills, and shows the importance of hesitation in educational relationships. This text makes a strong case for the connection between education and democracy, both in the context of schools, colleges and universities and in the work of public pedagogy.

Post-Truth, Fake News: Viral Modernity & Higher Education is an edited collection that brings together international authors working in Australia, China, Croatia, Romania, Canada, New Zealand, Portugal, Sweden, UK and USA to discuss the meaning and purpose of higher education in a “post-truth” world. The editors and authors argue that notions such as “fact” and “evidence” in a post-truth era must be understood not only politically, but also socially and epistemically. The essays philosophically examine the post-truth environment and its impact on education with respect to our most basic ideas of what universities, research and education are or should be. https://www.springer.com/gp/book/9789811080128#aboutAuthors

Ruyu Hung (2018) Education between Speech and Writing: Crossing the Boundaries of Dao and Deconstruction

Education between Speech and Writing explores how graphocentrism affects Chinese education and culture. It moves away from the contemporary educational practices in China of following the Western model of phonocentrism, to demonstrate that each perspective interacts and counteracts with each other, creating a dialogue between Eastern and Western thought. Chapters explore the consonances and dissonances between the two, problematizing the educational practices of Chinese tradition and proposing a dialectical thinking of post-graphocentrism, based on the concepts of Dao and deconstruction.

Media and Moral Education demonstrates that the study of philosophy can be used to enhance critical thinking skills, which are sorely needed in today’s technological age. It addresses the current oversight of the educational environment not keeping pace with rapid advances in technology, despite the fact that educating students to engage critically and compassionately with others via online media is of the utmost importance.

Carl Mika (2017) Indigenous Education and the Metaphysics of Presence: A worlded philosophy. Routledge.

Indigenous Education and the Metaphysics of Presence: A worlded philosophy explores a notion of education called ‘worldedness’ that sits at the core of indigenous philosophy. This is the idea that any one thing is constituted by all others and is, therefore, educational to the extent that it is formational. A suggested opposite of this indigenous philosophy is the metaphysics of presence, which describes the tendency in dominant Western philosophy to privilege presence over absence. This book compares these competing philosophies and argues that, even though the metaphysics of presence and the formational notion of education are at odds with each other, they also constitute each other from an indigenous worlded philosophical viewpoint.

In the Western world it is usually taken as given that we all want happiness, and our educational arrangements tacitly acknowledge this. Happiness, Hope, and Despair argues, however, that education has an important role to play in deepening our understanding of suffering and despair as well as happiness and joy. Education can be uncomfortable, unpredictable, and unsettling; it can lead to greater uncertainty and unhappiness. Drawing on the work of Søren Kierkegaard, Miguel de Unamuno, Fyodor Dostoevsky, Simone Weil, Paulo Freire, and others, Peter Roberts shows why these features of educational life need not be feared; to the contrary, they can be seen as a source of hope and human fulfilment.

Attending school is an experience that most people share but this leads us to accept rather than question the experience. Using the philosophies of Heidegger and Dewey, John Quay explores life in schools and juxtaposes the environment of a school camp with that of an academic classroom. The book attempts to show how the old dichotomy between knowing and doing (manifesting in one guise as core academic subjects versus co-curricular activities) can be overcome by looking beyond knowing and doing, to being. Being does not replace knowing and doing, but rather offers a deeper comprehension of life which encapsulates both. The message here is that knowing and doing are always situated or contextualised ontologically (in Heidegger’s phenomenological understanding of that term).

Introducing Dialogic Pedagogy presents some of the ideas of Russian philosopher Mikhail Bakhtin concerning dialogism in a way that will engage and inspire those studying early childhood education. By translating the growing body of dialogic scholarship into a practical application of teaching and learning with very young children, this book provides readers with alternative ways of examining, engaging and reflecting on practice in the early years to provoke new ways of understanding and enacting pedagogy.

Muslims and Islam in U.S. Education explores the complex interface that exists between U.S. school curriculum, teaching practice about religion in public schools, societal and teacher attitudes toward Islam and Muslims, and multiculturalism as a framework for meeting the needs of minority group students. It presents multiculturalism as a concept that needs to be rethought and reformulated in the interest of creating a more democratic, inclusive, and informed society.

The Philosophy of Education Society of Australasia (PESA) aims to promote research and teaching in philosophy of education.

Browse a list of recently published titles by the PESA membership.

Our annual international conference provides the main venue in Australasia for the presentation of research about philosophy of education.

For all general enquiries please email the PESA secretary at secretary@pesa.org.au all more specific contacts are listed on the page linked here.